I've often liked year-end reviews like from quanta magazine or Wendover. So why not do a short one for ChessCraft?

It has now been 5 years and 1 day since my first git version of ChessCraft. Remarkably, installs per month are still steadily going up, even though there were no major version releases in 2022.

There are now nearly 140,000 custom pieces and boards designed by the ChessCraft community in the mongodb database. 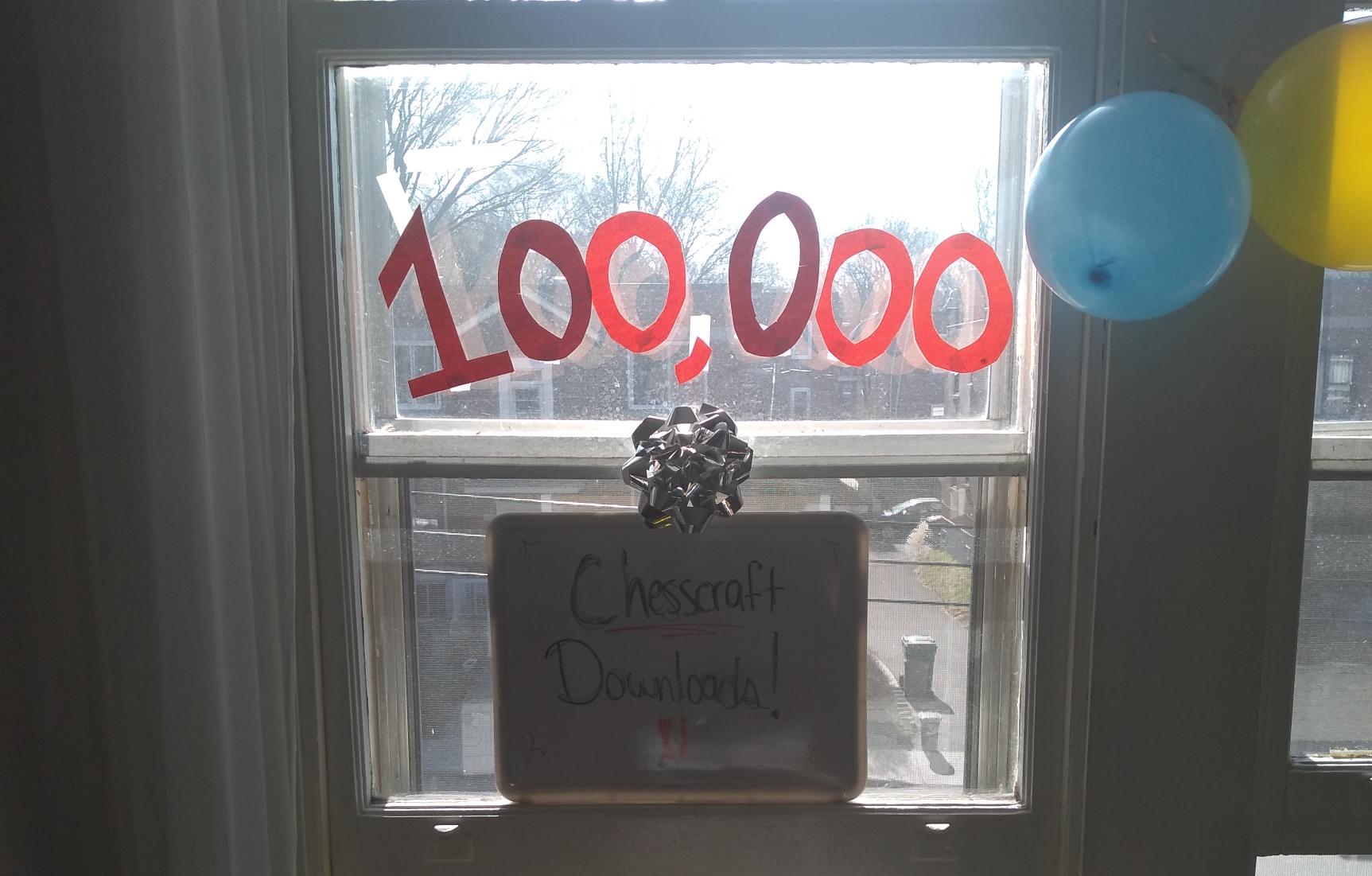 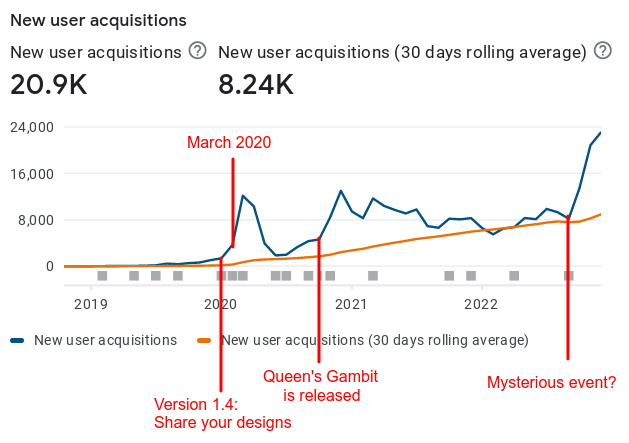 It's fun to correlate install counts to world events. In November and December 2022, we see the biggest spike yet and I have no idea why. Let me know if you have a hypothesis!

Steam has far fewer downloads, but much higher revenue. Steam sales grossed about 205 USD per month in 2022, whereas Google Play was about 40 USD. Notable, because Steam has about 630 installs per month yet Google Play has 5000 or even 20,000.

The demo on Steam is like the Google Play version. It's full, free, and ad-free, there are just occasional popups asking you to become a Patron (not Patreon).

I don't follow video game industry trends these days, but it seems to me that Google Play and Steam have fundamentally different business models. Users on Google Play expect ads and in-app-purchases but I dislike both. So it makes sense that Steam is naturally easier for me to monetize.

Okay, you got me. I have not been keeping up with the Discord, emails, Google Play reviews, and Steam reviews this year. There is just too damn much. Sorry!

I really didn't expect ChessCraft to have accelerated this much after five years, and a year of no major releases. I think I need to pay for a part time community manager. If this interests you, let me know.

I have done lots of work on the latest major release this year, including improvements specific to desktop (Steam). Unfortunately, the universe has conspired to make my next release extra work!

So it's coming, but infrastructure work you don't care about is holding me up for now.

There's an incredible new free AI chatbot called ChatGPT that is unlike anything you've seen before. Here's me asking it for ideas for ChessCraft. What do you think of these ideas? 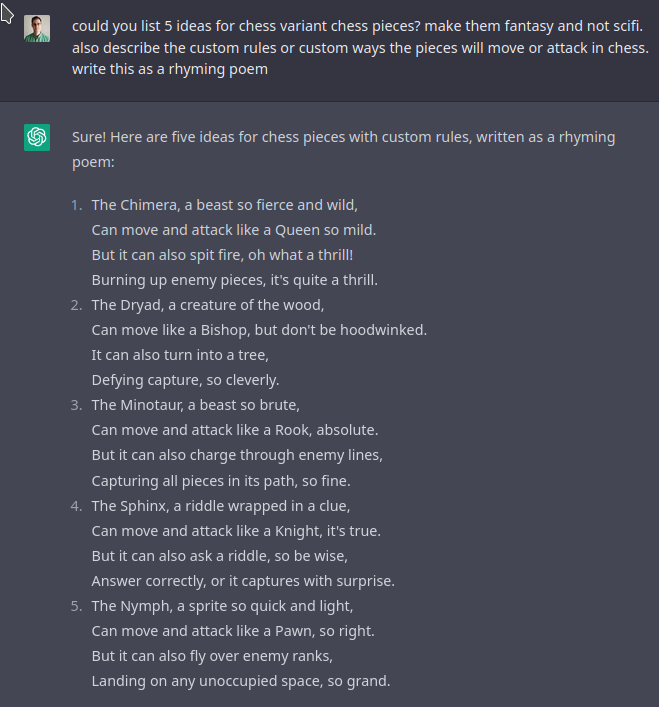 I write more about ChatGPT here. I also recommend browsing the group on reddit for endless incredible examples of this latest AI tool.

I agree with the sentiment... but I didn't write it. Does that make it less meaningful to readers?