This is an incredible century to witness the births of technologies. The past couple weeks I've been observing the world's first augmented reality global hit. Enjoy the innocence while it lasts! In this post I'm going to talk about aspects of Pokemon Go that aren't being talked about much:

To get us started, here's a video of the Pokemon Go craziness in Montreal near Atwater at 1am.

What is Pokemon Go?

It's a smartphone game that requires players to walk to real life locations. Sometimes bonuses happen at certain places so people cluster there to play. It is ludicrously popular.

In Pokemon Go players can set lures at locations to lure Pokemon. Therefore lures actually lure people. I had anticipated that businesses would send Nintendo money to have their businesses become locations or PokeStops. I just didn't think it would happen so fast, starting with McDonald's in Japan.

Currently PokeStops are landmarks: murals, statues, churches, historical monuments... Pokemon Go to me really has a feeling of innocence, purity, community, and exploration. Well enjoy the innocence while it lasts. Businesses are already scrambling to claim as much of this community as they can. Soon, when you're walking around with your phone looking for your next PokeStop, you won't know if up ahead is a niche and inspiring work of art or a Tim Hortons.

Within a year there are going to be several bad copycats. Within two years, several good ones. Eventually this will have a major impact on the sense of community we see today. The Pokemon Go community right now is unique:

Enjoy the innocence! This is not going to last. A major contributor to this downfall will be copycat apps. Once there are a handful of decent augmented reality apps, you won't see someone playing a game and think "that must be Pokemon Go". It will be less of a novelty. Today, you won't talk to someone on the metro for playing Candy Crush 14, even if you do too.

Future augmented reality apps will need to show a map of who is playing near you, but it will be less genuine and meaty. Maybe augmented reality apps of the future will encourage (through bonuses) one day a month for a spike in activity. Systems like that will attempt to emulate the critical mass of activity Pokemon Go presently sees everyday.

Instead of iOS or Android, I run Cyanogenmod on my phone (similar to Android). The day Pokemon Go released in Canada, I found I had some technical issues getting the game to work. I thought: "I'll wait a month, then the supernerds will figure it out for me". Wrong! There were already tons of solutions, articles, forums, and groups forming. The articles that helped (with my multiple issues) were just a couple days old.

This is a reminder how incredible it is living in 2016. The scale of immediate collaboration is staggering. Humanity is only starting to use its full powers of crowd-sourced solutions to solve the problems we care about. Right now, we care about Pokemon. I'm okay with that. It's good practice.

Consider the video above. Yes, Pokemon Go is loud, messy, and police show up. But I don't see this as any different (so far) from any other festival or event. Or a hockey game. Or a soccer game. Or St Laurent (bar street) at 1 AM on a Friday.

I've seen people online make the argument that PokeStops don't give the city advance warning for these crowds, don't pay for permits, and don't pay to clean up the mess afterwards. This is a fair point. However I think public spaces (and city cleaners) should be a service available to everyone, even when the city didn't choose to sponsor the event a month in advance. I understand if some disagree.

I'm not convinced Pokemon Go players are particularly bad litterers. If you get enough people together, some small fraction of them are going to make a mess. If the city starts cracking down and dispersing these crowds it's not because this is more disruptive than other late-night events, it's because it's not sponsored by Bell and nobody is spending money at bars.

Enjoy the innocence of Pokemon Go midnight hubs while it lasts. Cities want control of public events and public spaces for sponsorship and tax revenue. A bunch of young adults using public spaces gratuitously to play a free app is not something I expect most cities to support.

In 2016, something like 200 billion dollars will be spent on advertising in the US. People are turning away from television advertising and advertisers are desperate to follow them. The future of advertising in augmented reality will happen. The incentives are too great. Consider this photo. Notice anything special? 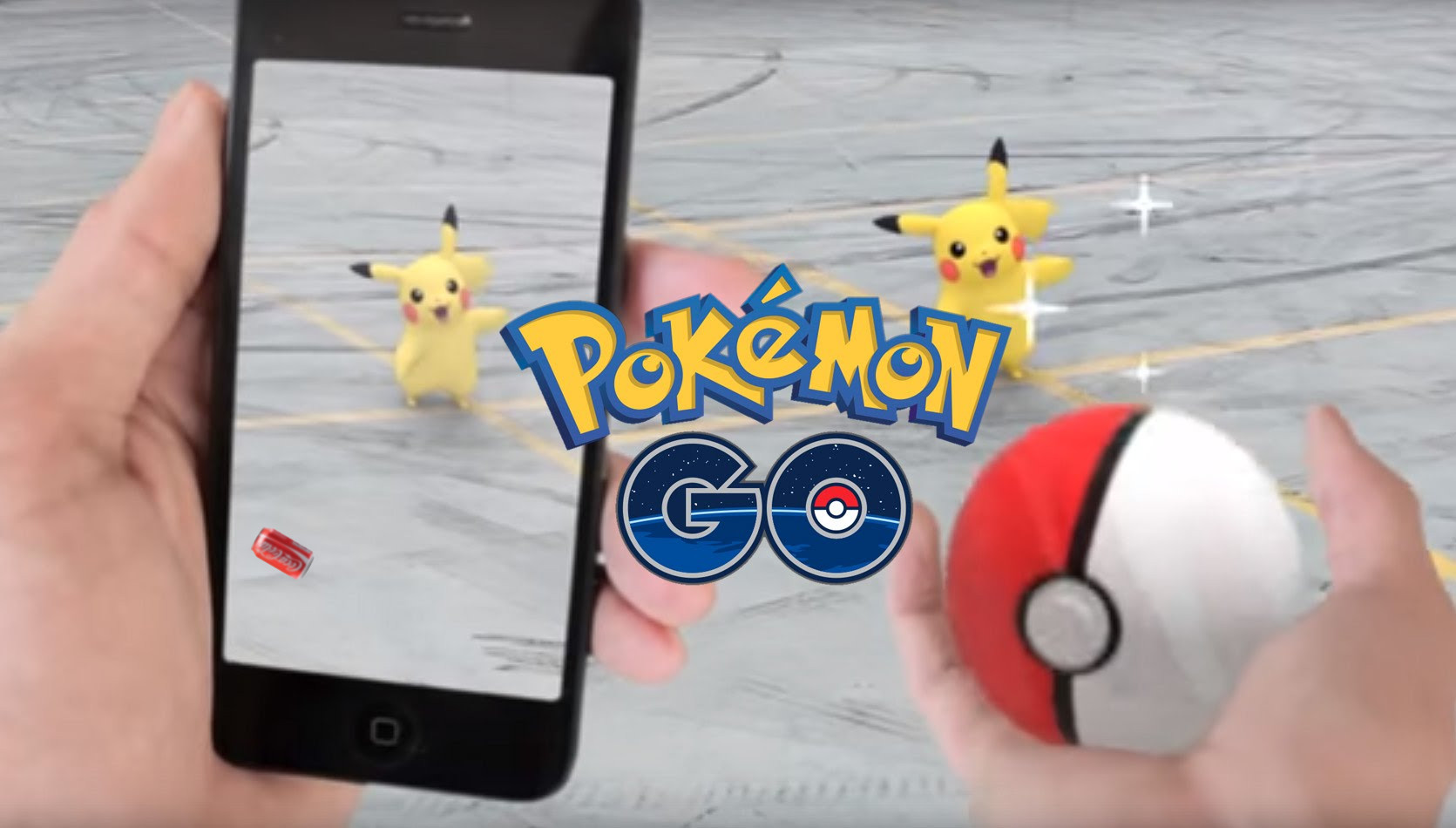 I've clumsily added a coca cola can. Here's how augmented reality will slip in this kind of advertising:

The past couple weeks I've enjoyed speculating about what must be happening at Nintendo. Once the product managers stop saying "holy shit holy shit" and start holding meetings, I see all of the below occurring:

Hilarious. Must be a great time to work at Nintendo and Niantic!

I'm thrilled that Nintendo's market value has doubled to 42 billion within a couple weeks of releasing this game. I like Nintendo's values like allowing non-commercial use of their characters, trying to build communities, and getting people in shape with Wii Fit. They are not your typical money-grabbing game industry titan. However, I expect no company to stay true to the purity of its product when confronted with a 21 billion dollar increase in their market value. I'm intensely curious to see how Nintendo fares under this pressure in the coming years.

Enjoy the innocence while it lasts! Really. Install this free game and play it once or twice this week. Experience the world's first global augmented reality community. This is the first and last time you'll get to see hordes of people all playing the same app, focused on landmarks and art, with no commercial locations or advertisements. Step out of your box and experience history as it's being made right now.