This amazing release has the most new piece and board rules ever in a single update! I've also added seven new languages. As usual, it may take a few days for Google to make the update available to everyone.

I must extend a special thanks to Politique 2.0, Marc López, Gunngg, Ingo Heijnens, and めい作 who were especially helpful reviewing the French, Spanish, Russian, Dutch, and Japanese translation spreadsheets. Thanks to you all! Kindness like this from the community reminds me yet again that keeping ChessCraft free and ad-free has been the right decision.

Introducing the Angel, Ahimsa, and Cannon!

And of course, since this is ChessCraft, you can make any new piece have these special rules.

I continue to be amazed by creative reddit users like Clum5yPick1e for breaking the mold and using the ChessCraft engine to make adventures that feel like a journey instead of a chess match. I hope that these five new tile rules will open up an even bigger world of creativity from the community. Time will tell!

Before this release, the only tile rule was promotions. Clearly important, but many feature suggestions asked for so much more. That's why I didn't only add five new tile rules, I also transformed the tile promotion code into more general tile rule code. This will make it easier to add even more later. 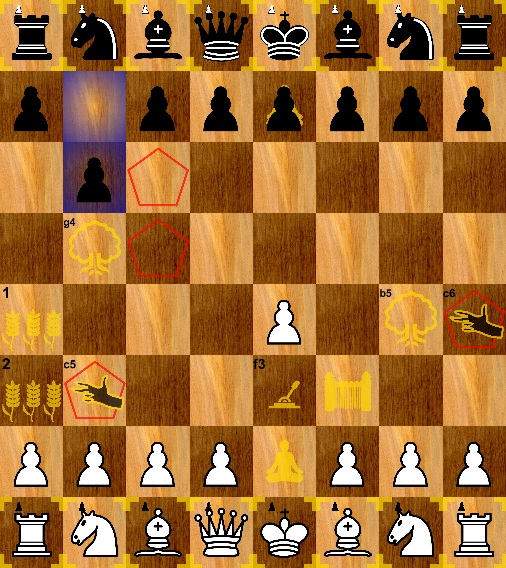 This also includes a cleanup of the tool selection popup in the board editor: 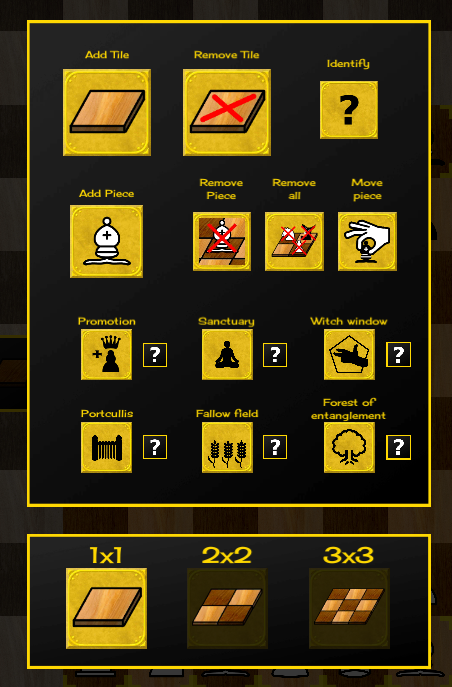 Finally, Forests of Entanglement. I get so many great suggestions from the community that it's rare that I think of something totally new. This is one of those cases. A piece on a forest tile is in two places at once. It can move or attack from two places, and it can be attacked from both places too. I feel I really need to pat myself on the back for thinking up the name here. Being "entangled" in a forest fits with the ChessCraft theme, and "quantum entanglement" in physics feels related to this chess rule. It's delightful and captivating seeing your chess piece half-exist in two places at once.

Back in 2019 I added support for eleven languages. You can read about the challenges of translating ChessCraft in the release notes for 1.3.

In summary, I use Google Translate with a lot of scripts and tricks to clean things up and verify the best I can. Is it a great translation? Heck no. Is it a good translation? Also no. But you know what? It's good enough that more people can play ChessCraft. For a free game with no budget, I say that's a win.

I also had Thai and Persian, however I read some research here that says by some metrics these are some of the worst translations offered by Google Translate. So I removed them. Maybe speakers of Thai and Persian are better off winging it with their second or third language to play ChessCraft.

Dozens of people have already helped with the other translations in #translation-help in the Discord, and by email via spreadsheets. Maybe there will be more!

ChessCraft has a great community that contributes lots of bug reports, feature ideas, translation fixes, and art. I didn't add them all (art is subjective?) but I've added several. Thanks!

Some highlights from Politique 2.0: 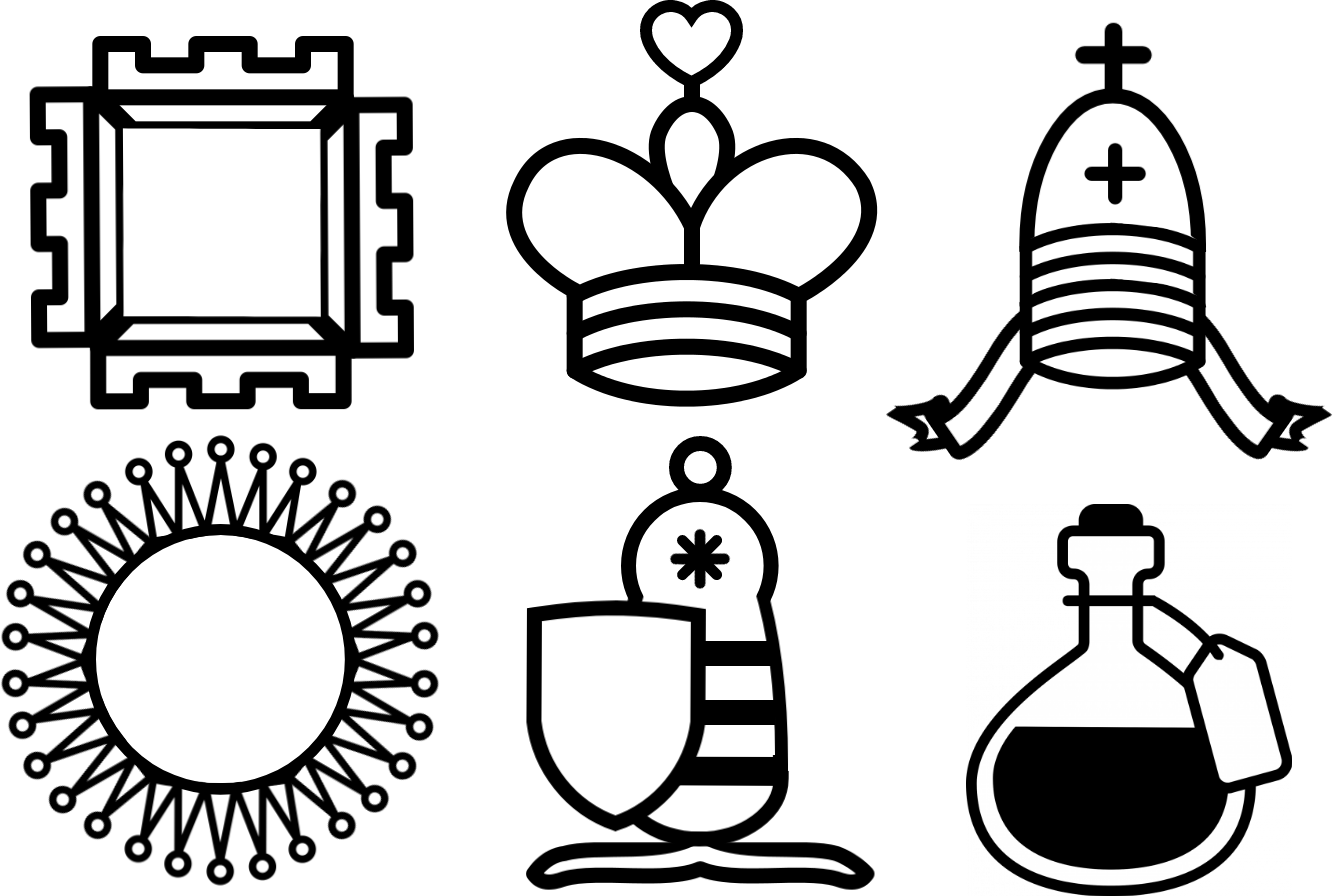 I also made some changes, or added my own. Find them all in the ChessCraft art creative commons project. See also a new FAQ question where I explain what kinds of art I'm most likely to include in the game.

I'd like to acknowledge this strange video made with ChessCraft that got almost half a million views. I can't say I understand the... humor? But I think it's great that my game and art are being used creatively to make fun content. There's more videos, too. Keep it up, Viltuslol! They were also kind enough to thank me, and I saw a spike in installs.

Maybe I should send them a ChessCraft mug.

Warning: this section contains details some readers may find disturbing.

If you hang tight, this section does come back to ChessCraft. As a Canadian I feel it may be a good idea to make a note here about Kamloops:

Preliminary findings from a survey of the grounds at the former Kamloops Indian Residential School have uncovered the remains of 215 children buried at the site, the Tk'emlúps te Secwépemc First Nation said Thursday. "To our knowledge, these missing children are undocumented deaths," Tk'emlúps te Secwépemc Kukpi7 (Chief) Rosanne Casimir said in the statement.

If you're a member of the Catholic church, consider asking your church about an apology, and releasing the secret documents they still keep locked away regarding Canada's residential schools. This tragedy still hurts living people today. I recommend this CBC podcast episode titled: "Why won't the Pope apologize for residential schools?"

Many names on the ChessCraft adventure map like "Kaministiquia" have First Nations origins. Many are names of places where I was born in Thunder Bay, or words like "fire" or "stone" in various First Nations languages. I think it's nice to include many languages and cultures in ChessCraft.

So, I realize that Thunder Bay is not anywhere near Kamloops, and that Inuksuit are generally from northern First Nations and not Kamloops. But it turns out that drawing a BC style totem pole is hard and I'm no artist. So here's a new Inukshuk piece. It looks and feels like a rook:

Do you know any First Nations digital artists who might be interested in being paid to make some BC style totem poles, or something else, for ChessCraft pieces? Let me know.